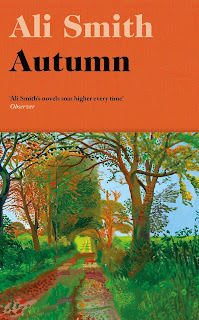 It’s 2016 and the Brexit referendum has left Britain divided, all across the country people are feeling variously outraged, smug, and tired. The political tensions provide a backdrop to the humorously written mundanity of life as Elisabeth struggles with an unstable career and bureaucracy. The trials of post office queues and over zealous passport checks will feel familiar, amusingly retold. Her job as a junior lecturer at a London university leads her mother to believe she’s living the dream ‘and she is, if the dream means having no job security and almost everything being too expensive to do and that you’re still in the same rented flat you had when you were a student over a decade ago’. Her situation will ring true for many readers. Despite this, the book is bright with the friendship she has shared with a former neighbour, Daniel Gluck , now 101 and dying in a care home.

Her mother didn’t encourage their friendship in her youth but they nonetheless managed to form a strong bond that profoundly impacted Elisabeth. We see snippets of conversations they’ve had through the years as he encouraged her to see the world differently, to think more creatively, and engage with under-appreciated art such as that of Pauline Boty, a female artist who was integral to the British Pop Art movement yet largely passed over since.

Smith uses events of the past such as the Profumo scandal to remind readers that turmoil is cyclical. The opening line ‘It was the worst of times, it was the worst of times. Again.’ points to the fact it can often feel like things are the worst they’ve ever been, that the media may encourage hysteria, but that it will pass, and doubtless come again. There is something reassuring in placing current political woes into a broader historical context.

The setting may put some readers off, looking instead for escapism in their fiction, but ultimately this feels like a hopeful book. It points to the benefits of intergenerational friendship at a time when generations are pitted against each other. This is a book that will teach you not only about events of the past but also make you think about the different ways we see the world. The idea of being in love with the way someone sees is profoundly moving. Autumn jumps around in time and alternates between cuttingly realistic vignettes of every day life with passages that will make you think more deeply.

The first in Smith’s Seasonal Quartet, this is an addictive read. I’m looking forward to picking up Winter but only wish we could have more time with Daniel and Elisabeth.

Pick up a copy:
Foyles
Waterstones
Book Depository
Posted by Ramblings of a nobody at 12:00 1 comment:

This week’s non-fiction November theme, picked by Katie at Doing Dewey, is favourites. I’ve been reading more non-fiction this year and it’s been a great addition to my reading life. Currently working my way through Gomorrah by Roberto Saviano, my first ever ‘true crime’ book and it’s fascinating and horrifying. Here are some other brilliant non-fiction reads from over the years. I’d love to hear what you’d recommend. 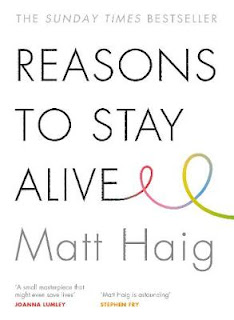 This is a book that doesn’t really need any more publicity but it’s popular for a reason. It details Haig’s battle with depression and offers insights into what has helped him, without ever claiming to have universal solutions to the illness. Whether you’re looking to find out more about mental health issues or just want to know you’re not alone, this is a great place to start.

Down Under: Travels in a Sunburned Country by Bill Bryson
Bryson brings his characteristic wit to his exploration of Australia, with funny anecdotes and informative snippets, it will leave you feeling like you’ve learned a lot as well as possibly more than you’d like to about all the potentially dangerous wildlife you might encounter out there. I’ve never read a Bill Bryson book that I haven’t enjoyed and he writes on such a broad range of topics that there’s bound to be one you can get stuck in to. 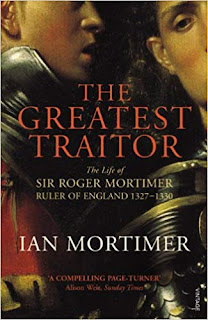 This book had me hooked from the start. Medieval history doesn’t get all that much attention in general but I was shocked I’d never heard of a man that deposed the king and ruled England, albeit fairly briefly. This is history at its most dramatic – escape from the Tower of London, affairs that have extreme consequences, and a murder mystery that historians are still debating to this day.

Charlotte Brontë: A Life by Claire Harman
The Brontës seem to be the object of insatiable public interest and although you may think we don’t need another biography, this is a brilliant addition. Well researched and thoughtfully portrayed, it is an enlightening read and one that makes you feel the heartache and difficulties that the family and specifically Charlotte faced. 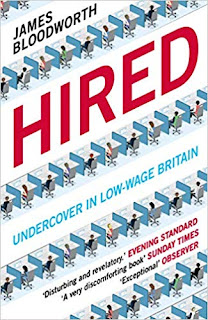 This book should be required reading for all those politicians who tell us how wonderful employment rates are at the moment. Eye-opening and horrifying, this book gives you an insight into what it’s like to be stuck in the gig economy, working for companies that pretend to give you flexibility and freedom while trapping you in an endless cycle of being overworked and underpaid.

Pick up a copy here.
Posted by Ramblings of a nobody at 18:16 No comments:

Pompeii: The Life of a Roman Town, Mary Beard 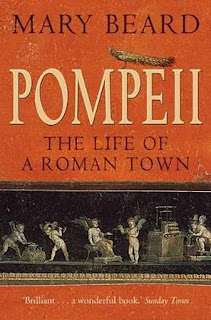 In this easy to read history Beard cuts through the myths surrounding Pompeii and looks at life in this ancient town. Discussion of the eruption is confined to the opening chapter, a moving introduction that dispells many commonly held misconceptions. Tour guides and popular imagination like to perpetuate the idea that it is a city frozen in time, unexpectedly interrupted by disaster. The truth is that there would have been earthquakes and other warning signs leading up to the eruption and many had already evacuated. This explains both the sparsity of items in the houses and also the amount of renovations that seem to have been taking place. Beard also lays bare the claim that what we see now is as it was discovered, in reality early excavations damaged remains and the site was bombed during World War Two. Renovations have taken place to create a less damaged appearance. Nonetheless, it is a unique and intriguing site, although one that throws up as many questions as it answers. Some objects and frescoes have sadly been lost to time but we can be grateful to artists of the past who created detailed images of what was there when it was originally discovered.

Beard discusses the split in opinion of historians – some are happy that an unexceptional town has survived, giving us a glimpse into the normal life of a Roman town that would otherwise have been forgotten whereas others lament that it wasn’t a more important place, believing we could have been privy to far more. She discusses the role of Pompeii, seemingly a town of little consequence yet evidence suggest its port was busy and that it facilitated foreign trade.

The importance of where historic evidence is found in its interpretation is also highlighted. For example, graffiti about gladiators has been used to suggest they were the heart throbs of the day, yet when you consider the graffiti was found in the barracks of gladiators it seems more of a brag than an indication of public perception. The discussions of how history is pieced together are an interesting addition and important for an excavation that elicits so much interest and to which so much has happened in the intervening millennia.

Beard’s style makes this an accessible history and one I would recommend to anyone planning a trip to Pompeii. It adds context to much of what you’ll see there including an explanation for the roads that needed stepping stones to cross and that the phallic imagery present around the town doesn’t indicate a city over-run with brothels as many would have you believe. For a town best known for its demise this book helps to bring the life of the town back to the fore.

Pick up a copy here.
Posted by Ramblings of a nobody at 17:13 No comments: