Why I’m No Longer Talking to White People About Race, Renni Eddo-Lodge 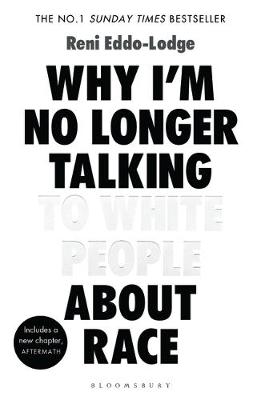 Eddo-Lodge’s bestselling discussion of racism in Britain jumped to the top of the charts once more with the recent prominent protests of the Black Lives Matter movement. It takes an uncompromising look at race relations in Britain today, giving sound evidence for the structural racism that permeates every aspect of society. It is an uncomfortable but important read.

It opens with a discussion of the history of racism in a country that deludes itself into thinking it doesn’t have a problem with race. Some of the facts I was familiar with but continue to be astounded by, such as that it was the slave owners who were compensated when slavery was abolished rather than those who had been enslaved. I was horrified to discover the frequency and brutality of lynchings of people of colour throughout the twentieth century. ‘…looking at our history shows that racism does not erupt from nothing, rather it is embedded in British society. It’s not external. It’s in the system.’

The troublesome history of racism in Britain is followed by an examination of the current disadvantages faced by people of colour. It soon becomes apparent that throughout every stage of life black people are disadvantaged by racism, whether conscious or otherwise. That black students are generally marked down by teachers and only receive their true grade in anonymous examinations is particularly relevant in the midst of the current grades debacle cause by the pandemic. The book leaves you with no doubt that claims that we live in a meritocracy are entirely unfounded, which brings us on to the push-back against positive discrimination and attempts to make recruitment processes less biased. It’s common to hear cries of unfairness when attempts to even out the playing field are made. Indeed, even those pushing for more gender and class equality often seem to falter when the same arguments are made about race.

This book will open your eyes to discrimination you may never have noticed unless you were on the receiving end, making you reassess the current state of Britain. An important book that I plan to revisit so as not to lose sight of how far we still need to go. It will spark conversations, often uncomfortable, to help deepen our understanding and realise that silence is complicity.

The Beast and the Bethany, Jack Meggitt-Phillips, illustrated by Isabelle Follath 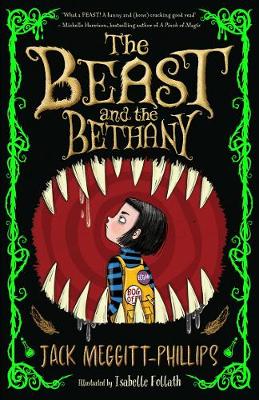 This post is part of the ultimate blog tour for the novel. Thank you to Egmont Publishers and The Write Reads for providing me with a copy of the book in exchange for an honest review.

Ebenezer Tweezer is 511 years old but looks like he is in his 20s thanks to a potion provided annually by the beast. All he has to do in return is to keep it well fed. He felt no qualms about feeding it the last dodo or any number of other rare and precious creatures or objects, but when the beast requests a child he is forced to question his own motives. It doesn’t take long before he decides he values his own life more than that of any child and goes in search of a suitably unpleasant child, choosing Bethany as the beast’s next victim.

From the choice of names to the little nods to other well-loved creations, there’s a lot in this book reminiscent of the likes of Roald Dahl. Ebenezer is truly terrible but grows throughout, realising that perhaps he hasn’t behaved admirably. ‘Ebenezer had always seen himself as the helper who had no choice over what he was doing. Now, however, he realised that this was not the case.’ This isn’t the only moment of clarity where the book offers insight into humanity and the choices we make. Early on we are told ‘A wonderful life can turn someone into a terrible person. It makes you forget that there are people in this world who have problems, and this can stop you from really caring or worrying about others.’ Not only does this instantly give you an idea of what to expect from Ebenezer, but is an important moment for reflection for readers of any age.

Ebenezer may have lived a selfish, comfortable life, but we see how lonely he is with only the beast for company, something he only becomes aware of as he realises the possibility for a different kind of life. Bethany too misbehaves as a result of her parents' death when she was too young to remember them and her harsh, loveless upbringing in the orphanage. For all her outward bravado and mischief we are offered a glimpse of her softer side, reminding us not to judge others without knowing what they’ve been through. It soon becomes clear that they have the potential to help each other find happier, kinder lives, but will Ebenezer be willing to give up immortality for it?

A wonderful debut full of wit, evil plans, and compassion, with brilliant illustrations by Isabelle Follath. It will have you giggling to yourself one moment, tearing up the next, and wondering how they’ll ever be able to avoid the beast’s wrath. Meet these colourful characters when the beast is unleashed this October. 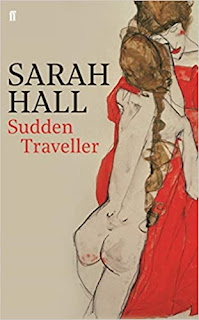 Hall’s latest short story collection is a searing look at humanity and the inevitable trauma and grief that comes with being alive. The book opens with a surreal tale of a woman transforming into something new and living with an excruciating, mystery pain. It ends with a mother comforting her child at night. The prose is beautiful and evocative throughout and you’ll find yourself wanting to just sit and let what you’ve read sink in.

Relationships, especially within families, are a recurring theme. In The Grotesque we follow Dilly as she runs some errands around Cambridge before her birthday party. She initially seems childlike but we soon discover she is much older than originally imagined. With an over-bearing mother and a family she feels outside of, she lives in fear and subservience of her more self-assured relatives. You get the sense that outward appearance is more important to them than genuine affection. Dilly’s party is full of her mother’s friends, and she is too afraid to eat a scone in case she is seen to be breaking the diet her mother enforces. Her reaction to seeing Charlie-bo, a local homeless man, at the brunt of a prank is to feel pity while commenting that others would have found it funny. Her mother would be dismissive of him. From this opening we understand that her family is not like her. Hall expertly builds character without resorting to explicit description, and allows us to feel we know far more about the characters than you’d expect in short form.

We also see death discussed in several of the stories. In Orton a woman has decided to have her pacemaker turned off, choosing death. The story has a sense of calm and control to it as she reminisces about an early sexual encounter that had happened near where she has decided to breathe her last. In Sudden Traveller we experience the heartbreak that follows death as a new mother sits in a car breastfeeding her baby as her brother and father prepare a grave for her own mother. It is a devastating read as the young woman tries to come to terms with what has happened, thinks about having to carry the coffin, and describes how they’ve each dealt with their grief uniquely. For me this was the standout story of the collection, it packed a real emotional punch.

The book is a treasure trove of intensely felt stories of ordinary people. A triumphant reminder that short stories can be every bit as compelling and affecting as a novel, the characters and events condensed into a concentrated bullet that goes straight to the heart. 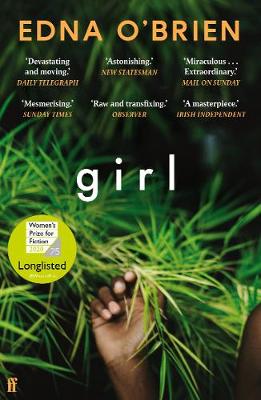 O’Brien’s latest novel, although not explicitly named in the book, is based on the abduction of 276 school girls by Boko Haram in Nigeria in 2014. It opens with a description of the night they were taken, one girl jumping out of the truck into the unknown to escape the horrors ahead. What follows is a harrowing account of gang rape, stoning, and the daily cruelties inflicted. It is hard reading yet unputdownable. The narrative isn’t linear as our narrator, Maryam, attempts to find freedom while experiencing repeated flashbacks and ostracisation because of what happened to her.

We are forced to witness great suffering just as the other girls are made to watch their peers undergo abuse, knowing they will soon be suffering similar. Later, we are told that their abusers sometimes film their attacks, laughing and gloating, witnessing for pleasure instead of fear. They have all the power and take any opportunity to humiliate the girls. The presence of smart phones also offers a stark reminder that this wasn’t centuries ago but continues today.

There is no comfort for the girls. Maryam describes her experience of childbirth, of the uncaring women acting as midwives who leave as soon as the placenta has been removed and who made her clean the room of the mess of labour. This is one example of many that highlight how they are mistreated and made vulnerable with no reprieve or chance of human sympathy.

The tone is dispassionate, suggesting a numbing experience often brought on by trauma, and she tells us that when telling her story to officials she leaves out details of the repeated sexual assaults. In a celebration of her return she is told many times not to mention anything too gruesome, people do not really want to know the truth. Indeed, she finds that her relationship with her mother has become fraught as they both try to process what has happened. She is rejected and seen as suspicious by many, O’Brien carefully showing that it doesn’t end with the celebratory footage of their return - the consequences of their captors’ actions will follow them through life.

O’Brien has come under some criticism for writing a book from the point of view of a character whose life is so different from her own, but it is done sensitively, with careful research. She comments in interviews that she felt compelled to write it, to tell the stories and bring the cause to the forefront of people’s attention. An unflinching portrayal that demands your attention.

Posted by Ramblings of a nobody at 16:21 No comments: