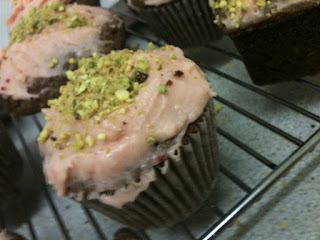 Posted by Ramblings of a nobody at 17:34 No comments:

I admit I’d never heard of Aphra Behn until a few months ago whilst watching Lucy Worsley’s Harlots, Housewives, and Heroines. She sounded like a fascinating character, and one that, on the whole, history forgot. I was therefore delighted to hear that there was to be a promenade production at Hampton Court of one of her plays this Summer. Hampton Court Palace is one of my favourite places, and as an avid theatre goer, I was intrigued to experience a promenading experience.
Not having read The Rover, nor having been to a promenade performance previously I wasn’t quite sure what to expect. From reviews I’d read during the week leading up to the performance I had tickets for it sounded like a sumptuous, overtly sexual performance.
We arrived at Hampton Court Palace and queued to show our tickets. We were given coins and told we were the beautiful. The audience were mingling around the courtyard when two women walked out; dusted hair, red coats, and multicoloured leggings, and told the beautiful to follow them. We were led into a corridor where a woman in Restoration dress was staring out of the window. Once we’d all piled in another woman appeared, also in period costume. These turned out to be Florinda and Hellena. They had a disagreement about the upcoming carnival, and their futures. Before long, Don Pedro, their brother, stormed in and laid down the law. Florinda would marry the aged but wealthy Don Antonio, and they would bring the nuptials forward to tomorrow, and Hellena would become a nun. They didn’t have a choice.
Next we were introduced to two of the main male characters Belville, and Willmore, disagreeing about how women should be viewed and treated. We were lead onto the staircase, which had decorations strung along the banisters, making the palace look ready for celebration. We were led into the carnival. Actors tempting us with prostitutes, rakes taking poor unsuspecting women from the audience by the hand and trying to woo them. Some members of the audience seemed to be thoroughly enjoying the interaction with the cast, others less so. It was nonetheless quite an experience, and in such magnificent surroundings.
As we worked our way around the palace, continuing the story, the initial Restoration feel left somewhat, and a more modern, artistic feel took hold. We were led into the Sale of Beauty, where we met Angellica who would be sold for no less than 1000 crowns. There were a number of cast members on podiums, with skin tight clothing, or very little on at all. The audience were encouraged to inspect them, decide who we’d like to spend our coins on, and generally get into the spirit of the evening. This was the first moment where the idea of beauty as power, or a means to make a living really came through strongly. And, let’s be honest, quite disturbingly. Although this was a modern adaptation, this is a Restoration play, and one bringing out themes of the time. Women’s position was still very unstable, it may have been a time of increased power for them, but if that was based on beauty, what happened when their looks began to fade? Not that a lot of the opportunities that came their way due to their womanly charms were exactly ideal.
Next we were led into a room with a bed being the main centre piece. Here we see Angellica giving into temptation with Willmore, breaking the rules of prostitution. We were then sent on a wander down a corridor full of sexually charged scenes. People writhing on the floor, mainly being dominated by men. We are led down a staircase, a banner made predominantly of condoms hanging down the side. The sexual imagery was not subtle by any means.
The final scene was hard hitting. Willmore attempts to rape Florinda , who is only saved by the timely arrival of Belville (Willmore then moves on to Hellena). This brings home the idea that although women were gaining some position in society, and more freedom than had previously been available to them, men were still the ones with all the power, and using your body to make a way in life can have some very dangerous consequences.
All in all quite a spectacular production. It felt more and more modern as we went through. It must be quite some feat to pull off a production such as this, and it was done well. The story itself was fast paced and interesting (although I didn’t feel particularly invested in any of the characters, perhaps because it was a reasonably short production). There was wealth, sex, and pageantry everywhere you looked, as well as a sword fight at one point. The cast were brilliant; the audience were never at a loss for something to look at, or interact with. It’s certainly given me a taste for promenade productions, and I hope I get a chance to see another. I’m also now intrigued to find out more about Aphra Behn whose life we are told was quite extraordinary.
Posted by Ramblings of a nobody at 17:47 No comments: 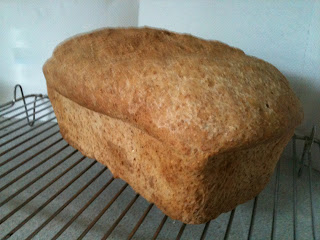 I first came across spelt flour when making Edd Kimber's chocolate sables (which by the way were delicious, check out his website for the recipe). Since hunting down spelt flour I have been wanting to try making some bread with it. I wasn't disappointed, and it's also reminded me how nice it is to make your own bread.
If you fancy making some here's what you need:
300g spelt flour
200g strong white bread flour
1 x 7g sachet of yeast
1 tsp. salt
15g butter
300ml. water
Posted by Ramblings of a nobody at 16:08 No comments: