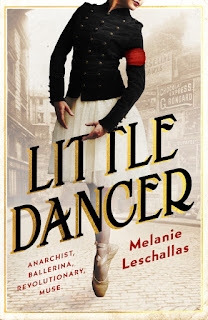 But Marie is much more than she seems. By day she’s a ‘little rat’ of the opera, contorting her starving body to entertain the bourgeoisie. By night she’s plotting to overthrow the government and reinstate the Paris Commune, to keep a promise she made to her father, a leading communard who died in the street massacres of 1871.

As Marie watches the troubling sculpture of herself come to life in Degas’ hands, she falls further into the intoxicating world of bohemian, Impressionist Paris, a world at odds with the socialist principles she has vowed to uphold.

With the fifth Impressionist Exhibition looming, a devastating family secret is uncovered which changes everything for both Marie and Degas.

As Degas struggles to finish his sculpture and the police close in on Marie, she must decide where her loyalties lie and act to save herself, her family and the Little Dancer.

This is a fascinating, absorbing book that takes you into the struggles of many Parisians in the late nineteenth century. Marie's life is hard, and her love of the part of Les Miserables that she managed to get her hands on is a constant reminder that the lives of the poor was an issue that was hard to ignore at the time. Her time at the Paris Opera is thankless and relentless, and although nervous of Degas to begin with, she finds the time in his studio becomes a safe haven. Heartbreak over her father's fate runs through the novel alongside the struggle it brought upon her remaining family, who act like he never existed. Marie desperately wants to keep his spirit alive but at what cost? As life becomes increasingly desperate and the move toward a more violent course of action becomes more prominent, she must decide how far she is willing to go.

Marie van Goethem was the real-life model for Degas' famous Little Dancer of Fourteen Years. Her story ended without a trace. Leschallas brings her back to life in this evocative novel which doesn't hide from the gritty reality of life for those struggling to get by. 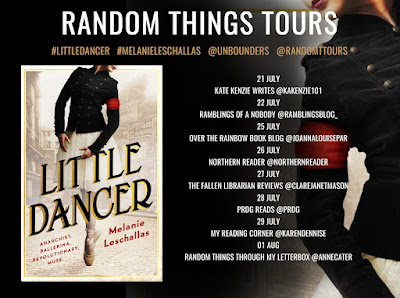 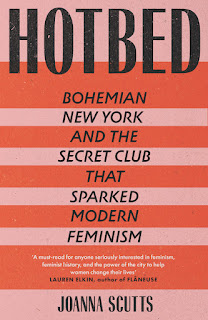 This post is part of the blog tour for the book. Thank you to Duckworth Books and Random Things Tours for providing me with a copy of the book in exchange for an honest review.

In the early 1900s a group of women began meeting weekly to discuss feminism and its intersection with political and social issues of the day. The women were largely well educated and financially comfortable, and the group became known as Heterodoxy. They were aware of the narrowness of their diversity but this didn’t always mean they avoided falling in to common prejudices. There was, at times, a disconnect between understanding that what they saw as rebellion and independence wasn’t viable or desirable for women in other situations. For example, some rejected marriage, but for many in less privileged positions marriage was essential for being seen as respectable or to move away from unpleasant stereotypes. Nonetheless, they endeavoured to help in situations far removed from their own, and although sometimes there were clashes, it was clear that they had a certain amount of protection from the law that working class women and women of colour did not have, and that this could be used to the advantage of all.

Hotbed discusses the huge range of topics that Heterodoxy were interested in, from same sex relationships to workers’ rights, psychoanalysis, theatre, and the right to birth control. Many of the issues will seem uncomfortably familiar to many a modern reader. This is particularly evident in the uneven opportunities afforded to different groups, and to the difficult balance of motherhood and a fulfilling work life. The Feminist Alliance proposed a dedicated apartment complex for families where cooking, cleaning, and childcare were organised communally and undertaken by professionals. The idea was appealing to many but it soon became clear that the costs of such an endeavour were well beyond the reach of the average family. There was also pushback from external parties who believed entrusting the raising of children to professionals showed a lack of concern for the wellbeing of the child. Charlotte Perkins Gilman was adamant that many parents were not good at raising their children and that women did not have an inherent knowledge of what was best. She believed that society was failing children by leaving their upbringing to the chance of birth. The apartment complex idea was eventually scrapped due to internal disagreements, spiralling costs, and the outbreak of War in Europe. Members continued to work hard to support mothers who wished to, or indeed needed to, keep working, and eventually made some progress whereby women were to take two years (unpaid) leave. It was far from ideal, but the presence of a policy indicated that mothers belonged in the workplace, a novel idea.

The group supported the movement that grew around the Triangle Fire tragedy, whereby 146 factory workers died in a fire, the doors to escape routes locked, and internal conditions a perfect storm for the quick spread of fire. It was a horrifying tragedy that shook the population of New York. Sadly, the new factory that they moved in to afterward showed no more concern for employees’ wellbeing. At times efforts to highlight poor conditions could be thought to be in poor taste with pageants recreating the appalling positions many found themselves in, turning it into a spectacle. There was some resentment between the workers and the glamorous, wealthy activists who took up all the limelight, but they did help to mobilise and publicise issues.

Hotbed portrays a creative, intelligent group, determined to bring about change and experiment with different ways of living. Scutts doesn’t shy away from the in-fighting and contradictions however. We see how open relationships caused great strain on many members, how the sheer volume of interests involved could sometimes hamper progress, and the dismissal and condescension shown to those from different backgrounds. For women who were apparently so enlightened it can be hard to reconcile such blindness to other issues. This is a fascinating read that sheds light on many aspects of early twentieth century life and demonstrates how inequality permeated all aspects of society. 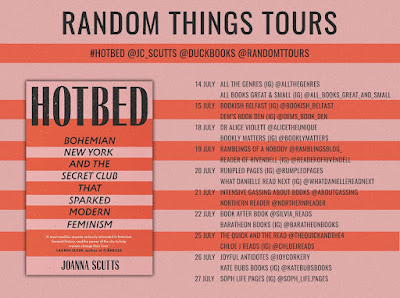 Posted by Ramblings of a nobody at 15:55 No comments: 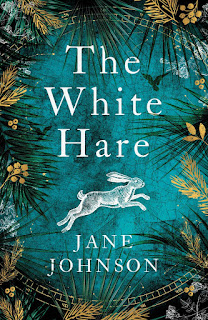 This post is part of the blog tour for the book. Thanks to Random Things Tours and Head of Zeus for providing me with a free copy of the book in exchange for an honest review.

It’s 1954 and Magda, Mila, and Janey Prusik are on their way to White Cove, their new home and future guest house. Originally from Poland, Magda and Mila moved to England during World War Two. A disastrous end to a relationship, the cause of which is only hinted at for large sections of the book, forced them out of London and to Cornwall to start a new life. It is isolated but beautiful and is full of promise in Magda’s eyes. Mila is less certain that she wants to be shut away from the world with her unloving, demanding mother, wishing she could be back with her husband. It soon becomes clear that there’s a lot of local legend that causes fear of the house, and many try to dissuade them from staying and trying to make their home hospitable.

We are told the tale from Mila’s perspective, but it is her five year old daughter Janey, alongside her toy rabbit, that steal the show. Janey seems connected to the history of the property, of the mysterious lady so many make reference to. Rabbit also takes on new powers, communicating to Janey secrets that she wouldn’t have had any knowledge of otherwise. Mila is disconcerted when Janey begins drawing the same symbol over and over, that is also mysteriously scratched into her bedroom wall, and near the graveyard in Eglosberyan. What supernatural forces might be acting upon her daughter? The workmen they enlist to help with the renovations have accidents and are reluctant to continue work on the property. With so much superstition surrounding the place and the constant turning up of strange objects and notes, Mila begins to wonder if there is something to the legends.

Aside from the supernatural elements, there is a strong focus on familial relationships. Magda is overbearing and seems unhappy with everything Mila does. She orders her around and terrorises the two of them when she loses her temper. The close contact that is forced upon them causes Mila to begin to dwell on her childhood, with distressing memories coming to the fore which leads their already strained relationship to falter still further. Their cold relationship is in stark contrast to that between Mila and Janey. Although living within the confines of Magda’s demands, we see a lot of love and affection between the two. Mila seems to have a much better understanding of how to nurture a child than her own mother, and she is kind and generous with her. Cowed under a domineering mother, her desire to protect Janey overrides any sense of duty.

The local community are very present in the book. Jack Lord, a kindly but mysterious man, appears early on and forms an affinity with Janey. He is helpful but closed off, seemingly full of secret knowledge. Keziah and Ariadne, a local healer and artist, welcome them warmly, supplying cures and edible treats, but leaving Mila with a sense of unease at their unconventional lifestyle and belief in the supernatural. Casworan Martin, the local vicar, although outwardly friendly leaves her with a sense of discomfort, and when he manoeuvres himself into performing an exorcism on the house she reaches the end of her politeness. The Prusiks are positioned as outsiders, with local residents assuming they will be a certain type of Londoner without any respect for the land and customs.

The opening of the novel is gripping and disturbing, and there’s a generally unsettling mood that hangs over it for the duration, but it doesn’t always grab your attention fully. Some of the mysteries feel easy to unpick, although far from all. The story passes at a gentle pace before ramping up in the final sections with loose ends tied together. Johnson describes the locations in vivid detail so you feel connected to the land. An intriguing novel that explores themes of family, the damage secrets can inflict, and the power of history. 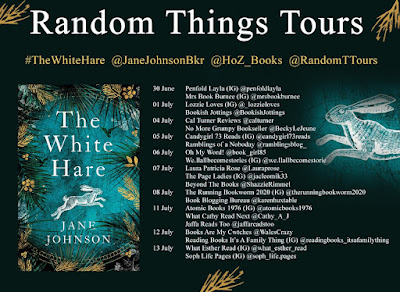