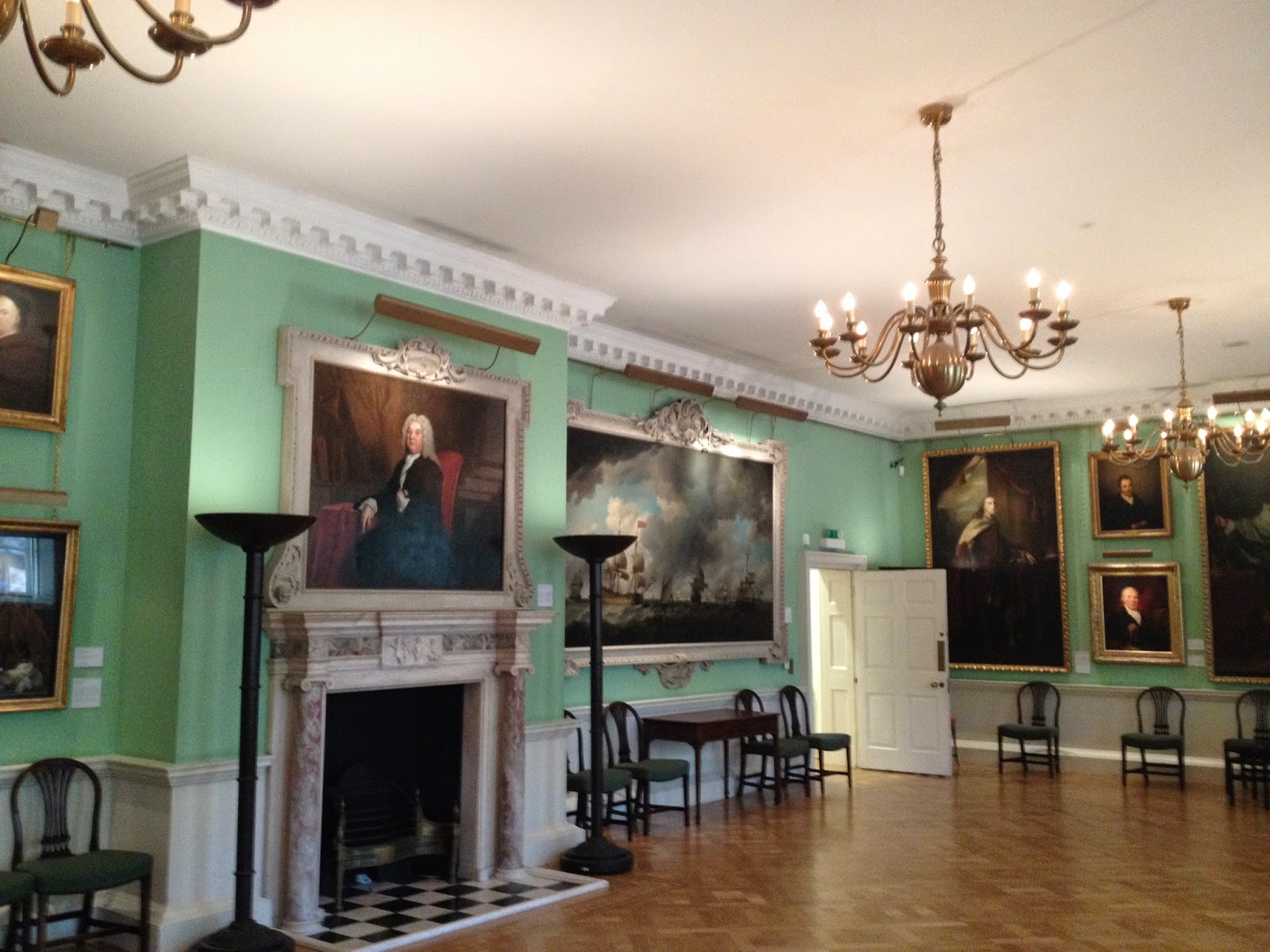 My main reason for visiting the Foundling Museum was to see their contribution to the wealth of Georgian exhibitions this year, By George! Handel's Music for Royal Occasions. This being my first visit to the museum, however, I got completely entranced by their permanent displays, and spent most of my time on these.  The introductory gallery is probably the most moving I’ve found an exhibition since I first visited the Imperial War Museum’s excellent Holocaust exhibition about seven years ago. It explains how and why the hospital was founded, and what life was like for the foundlings. There are letters from mothers requesting that their baby is taken in by the hospital, one particularly memorable one explaining the rape that led to the conception of the child. Most moving were the books with ribbons attached and the foundling tokens  (often every day objects, sometimes engraved or embellished in some way) that were left with the babies to help identify them should the parents ever come to collect them. Most, sadly, were never reunited. One piece of text commented that the level of distress exhibited by those whose children were taken was almost equal to that of those who were turned away. The hospital has a long relationship with eminent artists throughout the ages. William Hogarth and George Frideric Handel were among some of the first, but they have objects on display by Jacqueline Wilson, David Shrigley, Charles Dickens, and many others.  Wandering around the rest of the building  you see some original eighteenth century interiors, and can enjoy the impressive collection of art held there. It’s a fairly quiet museum, and so you can enjoy these rooms at your own pace, and absorb your surroundings. They don’t have lots of explanatory signage ruining the display, but there are booklets for those wanting to find out more, and informative, friendly staff on hand.

They also have an impressive collection of Handel memorabilia, including his will. The room is a peaceful  one where you can enjoy some of his music and see some original scores and other items relating to his connection with the hospital. Once I’d done soaking up all the wonderful permanent displays, I headed down to the basement for the royal music display. Wandering around accompanied by Handel’s music you learn about the various royal occasions he composed for, how the pieces were received, and how he sometimes recycled parts of compositions to maintain his prolific output. Again, there are some lovely images on display. One thing I’ve never seen at an exhibition before is the use of digital images rather than original items. To my shame I spent less time on these. Although I can absolutely see the benefit of using high quality digital images of items that presumably otherwise wouldn’t be able to be included, it just doesn’t capture the attention when placed in the room with original scores and paintings.

The Foundling Museum is a wonderful, wonderful place, and I feel I’ve been missing out all these years having never visited before. It’s a great place to spend a few hours, learn a lot, and see some incredible artwork. Their  By George! Handel's Music for Royal Occasions  exhibition runs until 18th May.
Posted by Ramblings of a nobody at 19:17 No comments: 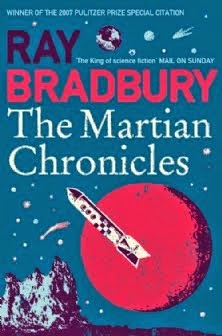 The Martian Chronicles is somewhere between a collection of short stories, and an episodic novel. The book consists of a series of short stories, arranged in chronological order, starting in 1999, of Earthlings attempting to get to Mars and the Martian attempts to stop them, of colonising Mars and effectively making it a second Earth, and finally, of trying to get back to Earth when war threatens. The stories are mostly unconnected, with the odd mention of previous characters, similar traits in the native Martians, and the backdrop of Earth destroying itself.

There is quite a range of topics covered in this book. Although mildly offended by the claim that the last woman alive would head straight to a beauty salon, the mini story was quite amusing as the last man alive tried to escape her. It wasn’t all frivolous however, this book considers a lot of issues around the human condition. It questions what it means to have a soul, and looks at the deepest desires of the heart. The arrogance of the Earthlings and their destruction of the original beauty of Mars says a lot about colonialism and ethnocentricity.

I don’t read a lot of science fiction, but I was pleasantly surprised by this. This is probably quite a good book for those not used to the genre as there’s not a lot of emphasis on the different type of life on Mars, the men from Earth can live there easily without any real adaptation. It’s a reflection of 1950s America and is thought provoking without feeling too heavy. There are stereotypes, and it’s not without its flaws, but it’s definitely worth a read as a troubling view of humanity, and the irony of the creation of the exact type of life on Mars that the men from Earth were fleeing from.

Pick up a copy:
Bookshop
Foyles
Waterstones
Posted by Ramblings of a nobody at 16:35 No comments: 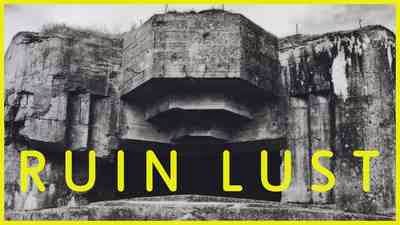 An exhibition examining the seduction of ruins, the romance they invoke, and the beautiful artwork inspired by them. Sounds intriguing, no? I had high hopes for this, what seemed to me a rather unusual choice for an exhibition (though following on from Art Under Attack, the Tate seems all about destruction and decay at the moment). Linking in to the Grand Tours of the eighteenth century, and the desire of past generations to capture the beauty of ruins in their gardens, there was definitely potential here.

The first room greeted you with the imposing Destruction of Pompeii and Herculaneum by John Martin. A picture that invokes images of the depths of Hell, this was one I couldn't take my eyes off, and came back to. Unfortunately, however, this, for me at least, was the highlight of the exhibition. The rooms didn't feel particularly well thought out, a jumble of pieces from all different time periods and movements, and no solid element linking them together. There were some rough themes, but it just didn't sit very well. The more modern pieces were sparse, and sometimes haunting, but often forgettable, and I'm sure the selection could have been improved with a few choice additions.

Ruination never ceases to capture the imagination, and I feel a lot more could have been done with this. There were a few nice quotes on the walls, but when the quotes outshine some of the art, you know something's gone wrong. There were some nice pieces on display, but it wasn't all particularly strong, and I found the overall experience underwhelming. I'm sorry to say I wouldn't recommend this one.
Posted by Ramblings of a nobody at 22:51 No comments: