Last year we had some success with growing various fruit and vegetables in containers in our back garden. It was very rewarding, and so we thought we'd get an allotment as it would give us a lot more options of things to grow. Near the end of Summer last year we were lucky enough to find an available one, and, although we got off to a slow start, it is now taking over our lives...

I thought I'd share some of our progress on here.

Posted by Ramblings of a nobody at 16:31 No comments:

'The Liar' by Stephen Fry 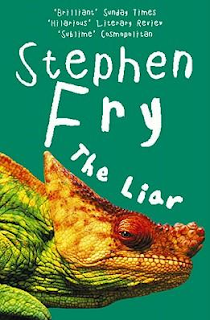 This post contains affiliate links. If you click through and buy I will receive a percentage commission at no extra cost to you.
I picked up this book thinking it was going to be light hearted and humourous, and then within the first chapter there is a murder! The narrative is split over three different time frames; the protagonist (Adrian Healey) at boarding school, at university, and this more sinister storyline, which you know very little about until the final fifty or so pages.
Adrian Healey is a liar. He goes through life creating an alternative world through the lies he tells people. As the reader you can never quite be sure if what’s happening is real, or if it is all part of one of his elaborate lies. This book is endlessly funny, but also deals with some very serious issues such as suicide and prostitution. Despite this, Adrian isn’t given a lot of emotional depth. There are a few moments where there are glimmers of deeper emotions, but they are few and far between.
Cleverly constructed, and intelligently written, this is a wonderfully entertaining read. From the descriptions of his time getting into trouble at boarding school, through to a final glimpse of his adult life, the reader is enthralled by Adrian. There are a host of other recurring characters, some adding humour, others the emotional side to Adrian, and how his feelings change with age. A really wonderful, fun, book. I wish Stephen Fry would bring out more novels. Incidentally, Making History is also wonderfully entertaining and complex but with Stephen Fry there to lead you through effortlessly.
Pick up a copy:
Foyles
Waterstones
Posted by Ramblings of a nobody at 13:01 2 comments:

'A Tale of Two Cities' by Charles Dickens 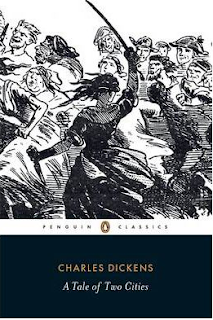