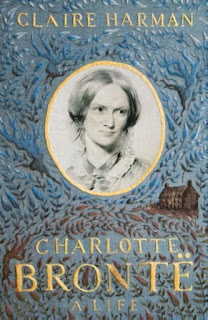 The story of the Brontë siblings is well known and has been portrayed in many forms since Elizabeth Gaskell’s biography of Charlotte in 1857. They have been variously cast off as unstable, overly emotional recluses, and praised as some of the greatest female novelists the country has produced. Harman’s level, well-researched biography released late last year ready for this year’s bicentenary is a welcome addition to the plethora of writings that have been produced on this most intriguing family.
Charlotte naturally takes centre stage but her story is inextricably linked with those of her siblings and so we gain an insight into their behaviours along the way. The devastating loss of their mother and two older sisters naturally had a huge impact on the young family and led to an ingrained distrust of the outside world, evidenced through their seeming inability to thrive outside of Haworth. Charlotte’s time in Brussels caused an enduring heartache over the unrequited love of her teacher and then employer, Monsier Heger, which pushed her toward possible depressive spells. Harman’s use of Charlotte’s letters as source material allow the reader to experience some of the tormenting longing that was inflicted on her. One can’t help but feel she would have been mortified to know these letters are now available for public consumption yet Harman deals with the content sensitively and her rendering of the episode is one of the most emotive I’ve come across.
Charlotte’s use of characters and scenarios from her life in her novels has been widely written on and it seems clear to many that she often played out her fantasies through her fiction. Her work, as well as that of her sisters, was often considered scandalous and immoral by contemporary readers. There is a sense that all three used their writing as an opportunity to express themselves in ways made otherwise impossible by the restrictive age they lived in.
Their habit of writing together and discussing their work is naturally discussed and Charlotte emerges as a determined, enterprising young woman. Her focus in the face of rejection when both her sisters’ novels were accepted for publication is testament to her strong will and belief in her talent. There is something of a paradox evident in her character however in her desire to be known and wish to return to obscurity following the wide spread of Jane Eyre. Again Harman delicately unweaves her complex personality and leaves the reader feeling for her as she struggles with the challenges of following such a well-known novel.
A story that seems to hold endless fascination is masterfully woven together by Harman, avoiding the sensationalism that has come into play in previous renditions. Charlotte’s troubled, all too short life is brought alive once more in the pages of this beautiful book. Whether you feel you know all there is to know about the Brontës or are coming to it with fresh eyes this biography is bound to hold you enthralled by the tragic story of Charlotte Brontë whose passion and brilliance lives on through her novels.
Posted by Ramblings of a nobody at 23:21 No comments: 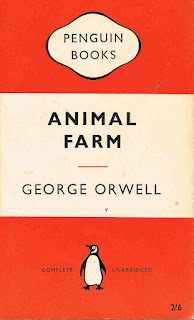 Orwell’s 1945 novella Animal Farm is a dystopian response to Soviet Russia in the mid-twentieth century, but with applications far beyond its time. The animals of Manor Farm overthrow their human owner, Mr. Jones, and take over the running of the farm with the intention of equality and harmony. Prominent among their Seven Commandments of Animalism is that ‘all animals are equal'. It does not take long, however, before some wish to fill the power vacuum that remains. A power struggle ensues between two pigs, Napoleon and Snowball, often thought to represent Stalin and Trotsky respectively. Napoleon is quick to establish his position and it becomes apparent that any semblance of equality will not last long. Soon the animals are working long hours with less food than previously. The pigs separate themselves with far more provision and comfort until finally they move into the farmhouse, signifying the replacement of one dictator with another.
Napoleon’s aptly named PR pig, Squealer, constantly reassures the other animals that they are better off under the new regime. Mysterious amendments to the Commandments appear but the animals are led to believe they are merely mis-remembering the originals. Boxer’s repeated mantra of ‘Napoleon is always right’ clearly shows the blind obedience that will keep them down. Of course, the propaganda machine carefully controlled by the pigs goes a long way to aid this subservience through a regime of manipulation. Snowball’s reputation is destroyed with a series of incriminating ‘discoveries’, further reinforcing Napoleon’s position of power.
When the animals do begin to doubt that Snowball would have betrayed them to such an extent, violence is used in order to maintain the subservience. Despite the harsh conditions, they are comforted by the thought that at least they are free in a way they were not under the command of Jones. This naïve belief strikes a chord of sympathy in the reader and anger at the injustice. The final vision of the pigs enjoying the company of men, and the reverting back to the name of Manor Farm explicitly shows the circle complete. The animals were tricked into believing the coup would lead to a better quality of life and it is all too apparent that the reverse is true.

The length of this tale does not in any way diminish its power. It is clear to the reader what is happening long before the animals being to question the behaviour of the pigs. Their innocence makes their impending subjection all the more painful to witness. A perfectly crafted little book that succinctly demonstrates the power of fiction tackling politics.
Pick up a copy:
Bookshop
Waterstones
Foyles
Posted by Ramblings of a nobody at 22:58 No comments: 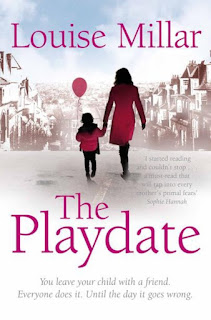 Using a split narrative The Playdate tells the story of three neighbours – Callie, Suzy, and Debs. Callie is a single mum, desperate to get back to work and rediscover herself, Suzy is a stay-at-home mum with a distant, secretive husband. Debs is new to their North London street and is wracked with anxiety and seeming distaste for others. Knowing that the premise of the book is trusting people to look after your child and that trust being abused makes the reader second guess Callie's relationship with Suzy from the off. Debs is built up in such a way as to seem she shouldn’t be left with children but there’s always a nagging doubt that this could be too obvious. When it becomes clear that Suzy is desperate for a girl of her own and that her husband Jez is unlikely to provide her with one, suspicion grows.

From the start Callie gives the impression of guilt, of needing to tell Suzy something. This is a common occurrence throughout as all three make it clear they have a secret. To me this felt a little over-done and by the time all was revealed I did not find myself to be particularly interested. There are attempts to give the protagonists complex characters, but they seem a little flat. Debs probably has the most engaging story and the most convincingly constructed psychology. I found the revelation of her backstory the most affecting.

Callie does not make for a likeable centre for the story. Her desire to separate herself from Suzy, but only at her own convenience, is selfish, as is her short-sightedness when it comes to awareness of her friend’s needs. Her character is most interesting when raising issues of guilt in relation to obligations to her daughter Rae. She struggles with conflicted feelings about going back to work. Working increases her sense of self-worth but trying to juggle motherhood and a working life raises a number of practical and emotional issues – this I’m sure is a dilemma many could relate to.

Suzy’s story allows the reader to feel for her most in Jez’s rejection of her and her loneliness. Her longing for her home country is also sensitively portrayed and adds depth to her character. Generally however her characterization feels a little exaggerated and although she does elicit some sympathy she does not prove to be a particularly memorable character.

The Playdate is an easy read and touches on some interesting topics. There is a certain sense of the naivety of a first novel and somewhat too obvious attempts to build suspense which fall somewhat flat. The novel would benefit from more trust in the reader to pick up on subtleties. However, the sense of place is well conceived and there are some nicely written passages. Overall a decent debut for an author with obvious potential.
Posted by Ramblings of a nobody at 23:42 No comments: