The Shock of the Fall, Nathan Filer 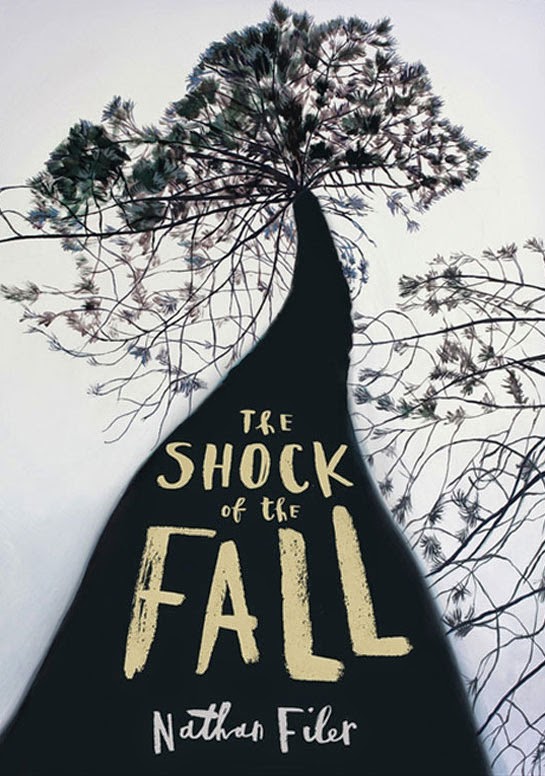 The Shock of the Fall is the story of Matthew Homes’ descent in to madness after the death of his brother Simon in childhood. This is Matthew’s story, written by him, a kind of therapy. The narrative is sometimes frantic, often jumps around, and at times he talks directly to the reader, giving more of an insight in to the workings of his mind as he tries to write himself in to his own story. It feels very real, very personal, as if you’re reading somebody’s diary. He sometimes comments that he hadn’t thought something until he’d just written it, showing the importance of his writing as he works through his thoughts.

He tells you what he thinks of the mental health workers who visit him before he is sectioned, and continues to analyse those looking after him once he is in the hospital. He comments on the endless hours with nothing to do, how life becomes repetitive, and that when you are deemed mentally unstable everything you do is perceived in a different way – the idea of ‘writing behaviour’ rather than just somebody writing. He seems to take pleasure in observing those who are observing him, though we don’t get to hear their thoughts. Filer being a registered mental health nurse, we are given an insight in to the workings of the system.

The dark cloud hanging over the entire novel is the guilt Matthew feels about the death of his brother, and the grief he was never fully able to work through. We see how intricately linked his relationship with his brother and his mental state are as he often mentions wanting to be able to play with him forever. If he takes his pills and gets better he won’t be able to see Simon, he’ll have to lose him all over again, to come to terms with what happened, and let go.

Although this book is utterly heartbreaking in parts, and there are some very serious topics covered, it’s also got a strong element of humour running through it. He gives short, sharp, witty character assessments of other people in his life, and never does it feel entirely despairing.

The way his family are presented changes over the course of the novel. He introduces you to the different characters, tells you snippets of information about their life. You see who he has the most respect for. At the start of the novel his family revolves around Simon. It seems after his death his mother falls apart and struggles mentally. We aren’t told until near the end of the book exactly what it is about Simon's death that causes Matthew so much guilt, and so we can’t entirely understand the nuances of the relationship with his parents. It’s an interesting development from him being a child yet feeling like he is taking care of his mother, to him struggling with schizophrenia later in life, his family coping with it the best they can. You wonder later if all that he told you about his childhood was true – he may not be the most reliable narrator, but he’s certainly an engaging one.


This is an absolutely brilliant read. Deeply unsettling, incredibly realistic, and powerfully moving, it had me up in the middle of the night unable to put it down. It’s one of those rare books where the characters feel entirely real and stay with you when you’re not reading. The protagonist is very well constructed, likable, creative and interesting, it’s worth getting to know him – read this book.
Pick up a copy:
Bookshop
Foyles
Waterstones
Posted by Ramblings of a nobody at 18:13