A Man of Understanding, Diana Janney 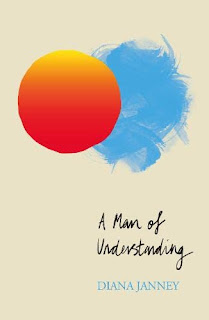 This post is part of the blog tour for the book. Thanks to Random Things Tours and Cogito Publishing for providing me with a free copy of the book in exchange for an honest review.

When Rufus Ellerton’s parents are killed in a car accident he is sent to live in Mallorca with a grandfather (Granga) that he’s never met. One of the first things he does is rename Rufus Blue, and thus begins a relationship in which he constantly feels one step behind. Granga is philosophical and not used to opening up or being around children, and Blue feels the need to try and impress him. They soon fall in to a comfortable co-existence with secret hurts shared but not dwelt upon. When a new revelation shocks Blue to the core and he’s offered an alternative route, will the lessons they’ve learnt be enough to withstand the storm?

Blue is a thoughtful child who lacks confidence in himself but is keen to learn. He takes the complete upheaval of his life in his stride, but as he begins to feel more comfortable in himself and more aware of the ways sad events can change the course of a life he begins to connect more with his emotions. Contrary to what you might expect from a book on this topic, Blue’s loss and grief don’t feel like the heart of the novel, but rather a vehicle for the rest of the action.

Granga is a somewhat guarded character, keeping slightly distant and acting the role of teacher and guide. Him and Blue find a way to connect through poetry, although he continues to struggle to be open. Blue in his innocence often misunderstands situations and finds it hard to speak up for what he wants. Granga, on the other hand, has become disillusioned over time and lost the faith he once held. His emotions get stuck behind his sociable façade and it takes a lot for him to feel able to express himself.

Blue’s friend John Thompson helps to bridge the gap with his straightforward attitude and blunt honesty. Blue often finds himself wishing that he was able to speak as freely, to say the right thing to impress Granga as John seems to do so naturally. They all have their own cross to bear however. Their friendship is strong, built in the harsh environs of a school in which John was frequently bullied. In each other all three have the opportunity to learn something about themselves.

A gentle, slow paced read that considers love, loss, and what it means to be a family. 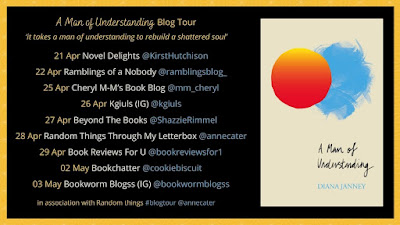 Posted by Ramblings of a nobody at 22:53