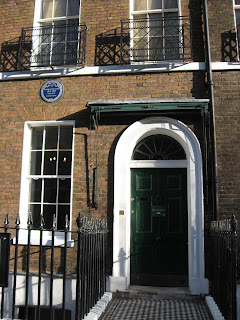 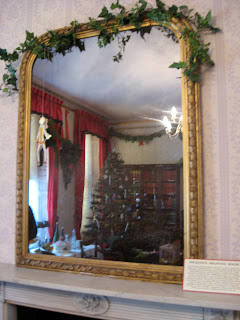 In the library a TV had been set up (one of the few features that seemed out of place) with a half hour film about Dickens’s life, which was an interesting addition to the visit, and made it possible not to have too many signs with information around the house, making the experience feel all the more genuine.
I understand the museum has plans to expand this year, making use of the house next door to allow for more visitors, and a more in-depth exploration of the history of the house, and its most famous inhabitant. This is certainly a museum I can see myself going back to time and time again.
Feeling even more inspired to find out yet more about Dickens I headed over to the British Library where they currently have a small, free exhibition about Dickens and the Supernatural. Another fascinating exhibition, you learn not just about Dickens, but in popular beliefs about the supernatural in the nineteenth century. Although Dickens was sceptical about many of the beliefs, ghosts, and unexplained phenomena feature heavily in many of his novels. You also learn of a fascinating link between one of his tales, and a real life event which was spookily similar to that of Dickens’s imagination. A fantastic exhibition, as always, from the British Library.
Later in the month I plan to visit the Dickens exhibition at the Museum of London, but in the meantime I plan to get on with reading some more Dickens, where to start, where to start...?
Posted by Ramblings of a nobody at 21:04