In Celebration of Children’s Books

Today being International Children’s Book Day, and having been inspired by other bloggers reminiscing about their favourite childhood reads, it seemed like an excellent opportunity to celebrate the wonder of children’s books that have inspired generations of readers. The problem with this is that there’s so many wonderful stories that it’s too hard to pick just a few. I realised when thinking about it that most authors were firm favourites, not merely individual books so this is going to be as concise a rundown as I can manage for some of the authors that brought joy to my childhood.

A.A. Milne
It will come as no surprise that the Winnie the Pooh stories captured my imagination. They are sweet and thoughtful and the characters have endured throughout the years. The marriage of Milne’s words and E H Shepard’s iconic illustrations is truly one of the great creative partnerships. 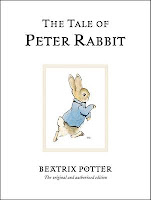 Beatrix Potter’s beautifully illustrated child sized books bring the animal world to life. The stories are simple but memorable and for children that like to collect a set her books are the perfect choice. I also have a huge amount of respect for Beatrix Potter herself, a talented artist, and determined and self-possessed in a world that wanted to keep women down.


Sheila Lavelle
It was only in checking the author’s name that I realised I loved several of her books without ever having realised they were written by the same author. The standout book for me was Ursula Bear, about a girl who turns into a bear when she eats certain food and repeats the magic words but then isn’t quite sure how to change back. I was also fond of her My Best Fiend books. Not an author you see on the shelves much these days, but great books that really capture the imagination.

Enid Blyton
From Noddy to the Famous Five to Malory Towers, Blyton led me through several phases of my childhood. Full of adventure and fun, her books have wide appeal. How can you read a Famous Five story and not want to pack a picnic and go on an adventure?


Jacqueline Wilson
For slightly older children Jacqueline Wilson provides stories that consciously include tales of a range of family circumstances, an original concept for children’s books when first published. She has written some books for teens so you can grow with her. She tackles difficult situations in an age appropriate fashion without sugar coating.

Roald Dahl
A staple of any child’s bookshelf, Dahl’s witty and sometimes outrageous books remain hugely popular. My favourites were probably Matilda and The Twits but you’re in safe hands with anything by Dahl (just don’t let your children get their hands on his adult books, they’re decidedly more sinister, but great reads). His creative relationship with Quentin Blake is another example of a perfect pairing. On reading Donald Sturrock’s biography of this most beloved author in adulthood I was filled with even more admiration for the man behind the stories. 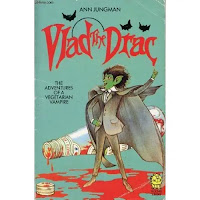 Ann Jungman
Another less well read author these days, and one who again wrote several series I enjoyed. The one that has endured in my memory is Vlad the Drac, the tale of a miniature vegetarian vampire with a taste for washing up liquid. Along similar lines as Michael Bond’s Paddington books (which deserve a special mention themselves) but with a vampire causing havoc rather than a bear.

I don’t think many lists of favourite children’s books/authors would be complete without a nod to JK. I feel very lucky to have been growing up when the Harry Potter phenomenon was in full swing, to grow up with the characters was a joy and each book felt like returning to old friends. I’m still waiting on that letter to Hogwarts…
Posted by Ramblings of a nobody at 22:45