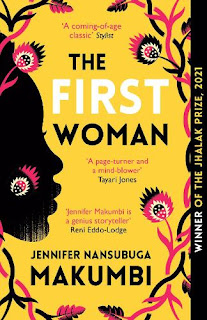 Makumbi’s prize-winning novel tells us the story of Kirabo, twelve years old at the start but a young woman by the end. Brought up in a rural Ugandan village by her grandparents, her father is a fleeting presence, having made a life for himself in Kampala. Her mother is notable by her absence, one keenly felt by Kirabo. As the book progresses we see Kirabo grow and mature, becoming more aware of the political turmoil that has provided the backdrop to her formative years.

The story is not told in first person narrative yet it feels as though it is Kirabo telling it to us. This means that in her younger years things she doesn’t understand are glossed over. Figures such as the dictator Idi Amin have the potential to dominate attention, but he remains at the periphery, becoming clearer as she ages, and offering us a glimpse of life as a teenager during such a tumultuous and dangerous period.

Feminism and the role of women is a central theme in the novel. Kirabo herself ‘ignored it because as far as she knew, feminism was for women in developed countries with first-world problems.’ Makumbi instead chooses to focus on mwenkanonkano, highlighting the different forms of feminism that exist, that different circumstances lead to different approaches. The women in the novel are strong and influential in Kirabo’s life. We learn also of the Ugandan creation myth of the first woman, Nnambi, and Kirabo is taught by Nsuuta how these myths tie in with modern misconceptions and fears around women.

Attitudes to sexuality are also explored. Kirabo is taught that menstruating is dirty and it is referred to as her ‘ruins’. A refreshing alternative view is offered by her Aunt Abi who provides a more liberal outlook, encouraging her to get to know her body and sexuality before sharing it with a boy.

Kirabo is eventually sent to an all-girls school where they attempt to remove all male influence. She sees that it’s already too late however, noting that they have already learnt that their worth is linked to their usefulness to men. She is observant and questioning, seeing girls removed from school pregnant and pondering the fact that the lives of the boys who got them pregnant continue unchanged.

At the heart of the novel are notions of family and the women Kirabo turns to for advice. She is horrified when she discovers her father’s other family and his wife’s reaction to this unknown step-daughter turning up at her home. Kirabo’s desire to find her mother preoccupies her mind, and when she finds out who she is she acts recklessly, hurt by the stinging rejection. Despite this absence, she is loved and supported, sometimes slightly spoilt. We see as she comes in to her maturity the shift towards being able to see situations from the perspectives of others and to truly appreciate those who raised her.

This is an interesting read with a lot to sink your teeth in to. Kirabo is a believable, likeable character with relatable flaws. It offers us an insight into growing up with huge political upheaval and violence happening all around with the contrasting personal struggles and pains of approaching womanhood.