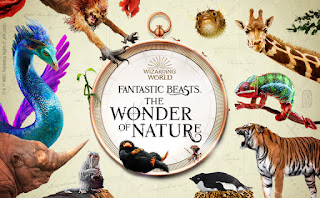 A little slice of magic has arrived in the Natural History Museum’s Victorian halls. Step through the archway into a world of unicorns, dragons, and nifflers. This exhibition uses the Fantastic Beasts franchise as its starting point to explore the mythologies of human history that included weird and wonderful creatures, considers the real life animals that might have inspired them, and likens Newt’s work to that of modern day conservationists. It is a wonderfully realised experience with mysteriously opening drawers, projections, and interactive displays that make you feel as though you really have stepped into a magical world. 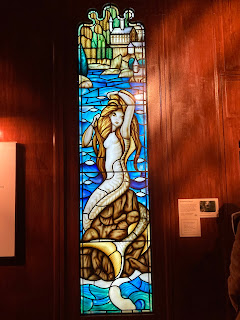 The first section looks at evolving ideas about magical creatures - mermaids and dinosaurs lurk here, including one named after Hogwarts itself! There are medieval manuscripts, incredible tapestries, and gruesome relics  of generations past trying to profit off of people’s superstitions. You’ll also learn about some fascinating real life creatures that may have inspired travellers’ tales. The one that stood out for me was the giant oarfish - a bony fish that can grow to seventeen metres long!

We learn a little about the life of those who searched for wildlife and how their findings were recorded. There’s a quick nod to the fact some of this activity and the items museums now house because of it, have links to colonialism, but this isn’t explored in any depth.

Next, we’re thrown into a highly interactive section (with plenty of hand sanitiser stations - all, unfortunately, empty) alongside rather too much taxidermy for my liking. Magical creatures are side by side with real animals that exhibit some of the same behaviours, and a few that don’t live up to the folklore around them. The final section looks at endangered animals and the work being done to protect them, ending the exhibition on a thoughtful note. 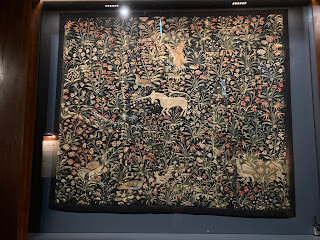 All in all a thought-provoking display that has plenty for fans of the Wizarding World and those interested in nature. Its design is engaging and works well for adults and children. Props from the films mix with computer generated depictions of some of the magical creatures, offering a captivating and interactive experience that will satisfy even if you do skip past the non-magical sections (although I’d recommend giving them your attention too - there’s a lot to be learned in a fun and interesting way).

The exhibition is on at London’s Natural History Museum until January 3rd, 2022. If you can’t make it in person, there’s an accompanying exhibition on Google Arts and Culture which is well worth a look.

Posted by Ramblings of a nobody at 16:43