The Carnival of Ash, Tom Beckerlegge 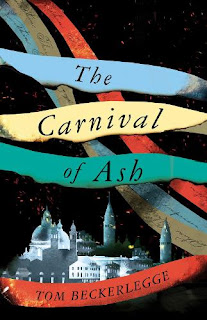 This post if part of the blog tour for the novel. Thank you to The WriteReads and Rebellion Publishing for providing me with a copy of the book in exchange for an honest review.

Cadenza is a city in turmoil - its leader recently dead and a whole host of intrigue and violence occurring just below the surface. The risk of this instability is heightened by the ever present threat of its rival, Venice. Cadenza is a city of poets, where literary talent is highly valued and there are libraries around every corner. This historic setting might sound idyllic to the booklover who picks up the novel, but it doesn’t take long to realise a respect for and love of literature doesn’t undo the darker parts of human nature.

The book is split into twelve cantos, effectively short stories focussing on different characters. It took a little while to get used to the fact we weren’t coming back to the characters to continue their stories, although some do make guest appearances in other cantos. The stories range from the darkly humorous to the deeply disturbing. We first meet Carlo Mazzoni lying in a grave, an unsympathetic gravedigger quite happy to bury him with the intended inhabitant, but not to dig a new grave. Carlo soon decides against the idea and is encouraged to face his troubles. Other stories contain accounts of horrible mutilations, betrayal, and explore the depths people will sink to in order to gain power.

In one canto we meet Vittoria/Hypatia, an ink maid who spends her days writing letters that fulfil her clients’ fetishes in exchange for money. She has her own desires and painful secrets however, as well as a mysterious stranger who knows far more about her than she can comprehend. Her story shows that even in this alternate history women’s desires are frowned upon and that acting on them is cause for severe punishment.

There are some truly gruesome descriptions and seemingly depraved characters, with the truth behind the public facade revealed gradually. The sexual and violent content won’t be to everyone’s taste, but if you can stomach those scenes the rest of this chunky book is likely to have something to interest most readers, so varied are the cantos. The world is richly described and you can easily imagine Cadenza to be a real city. I’ll be interested to see what Beckerlegge does next. 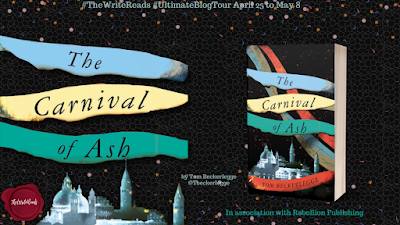 Posted by Ramblings of a nobody at 17:18