The joys of gardening

This year was the first time I've done any substantial amount of growing my own fruit and vegetables. I'd cautiously dipped my toes into the world of home growing previously, growing simple herbs, and such, on windowsills. However, this year, I thought, I will finally get round to growing things that can form the basis of actual meals. Now, I don't have a large garden, so most of this was done in pots, and grow bags, but I was amazed how great the results could be with not that much effort involved. The only vegetables that I failed to grow successfully were cucumbers and mushrooms.

As a first time grower I found it fascinating, and hugely rewarding, to watch seeds turn into plants, and grow fruit. It was interesting to see how the different foods grew, and I was impressed by how pretty the plants could look in the process.

The peppers are finally turning red: 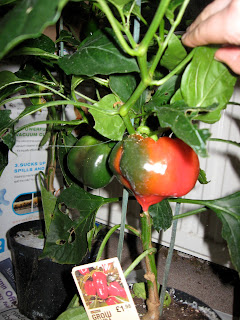 I was much excited by this, and thought I would share some photos of some of the plants and tasty food that resulted.

I thought the strawberry plants were some of the prettiest whilst in flower, and with fruit growing at the same time: 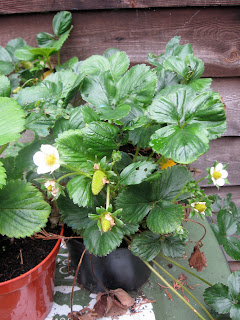 Our tomato plants were the most bountiful, and I was amazed by just how large the plants grew (they were as tall as me by the end!). I'm having trouble uploading the pictures of our giant tomato plants, so sadly won't be able to share them with you.

One of the other fun things about growing fruit and veg, is that you then have to think of something to do with your produce. Here's a few of the things I made with ours: 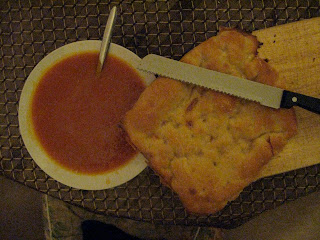 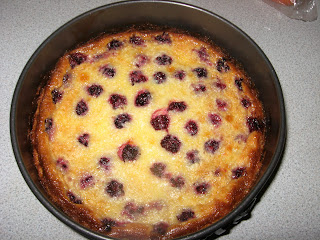 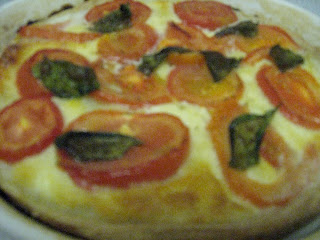 Posted by Ramblings of a nobody at 17:07