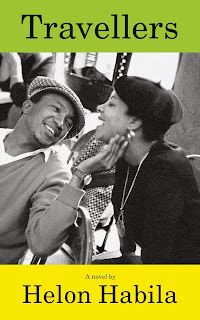 Habila’s fourth novel examines the motives and reception of a variety of migrants, condemning the hostile environment tactics of governments and reminding us all that no matter where we are from we are all human, with the same needs and desires for safety and love. The novel is split into six books, each focussing in on a different character, our unnamed narrator ever-present. The book opens with him and his wife Gina trying to hold their marriage together after a traumatic event. They have moved to Berlin temporarily for Gina to complete an art project and with the hope that it would help her husband to resume his halted academic work. She is painting a series of portraits entitled Travellers, and when he finds himself drawn to one of her rejected subjects he is thrown into a revolutionary world of activism. It soon becomes apparent that the circles Gina moves in hold racial prejudices that she either doesn’t worry about or chooses to ignore, something made impossible when Mark, an activist, joins them and refuses to bow under the pressure of social convention.

From here we see stories of exile, fractured families, and the narrator himself accidentally ending up in a refugee camp. There are heart wrenching tales of a husband repeatedly going to an arranged meeting point in the hope of seeing his wife again despite there being little chance of her having survived the journey, parents making heartbreaking decisions in an attempt to protect their children, and the constant judgment and resistance of Europeans to accept them. You can’t read this book without feeling guilt at the way governments and individuals respond to migrants. The book deals with heavy topics but the writing will capture your attention and whisk you along, completely absorbing you in the lives being portrayed.

These stories are not mere fiction, but based around the lives of people Habila met during his own time in Berlin. It shines a light on the systems that make migration so challenging and the unique loneliness of being in a foreign land, whether by choice or necessity. A searing portrayal of the lives that so often go unspoken, I cannot recommend this highly enough.

Posted by Ramblings of a nobody at 17:09