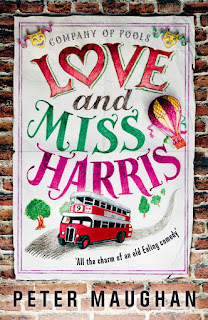 This post is part of the blog tour for the book. Thanks to Random Things Tours and Farrago Books for providing me with a free copy of the book in exchange for an honest review.

Titus Llewellyn-Gwynne has fallen on hard times. The Red Lion Theatre was bombed during the war and his backer for a theatrical tour has pulled out. Luckily, George appears with a play that nobody has yet agreed to stage, and, perhaps more importantly, the money to fund it. The Company is soon on tour in an old double decker bus, travelling around the south of England, causing mayhem and unknowingly being followed by Reuben Kramer who has less than savoury intentions for their leading man.

The tone throughout is light and the humour frequently plays with farce. There are potential murders on the horizon but the string of attackers following one step behind each other is more comic than threatening. There are some very unpleasant characters, Kramer especially has a lot to dislike, and yet none inspire any great feelings of hostility.  Reuben is also graced with the most complete backstory, allowing us a glimpse into the life that has formed this somewhat unhinged, power-hungry man. Other characters also fall into a life of crime but have a chance of redemption through art.

The reader is only privy to snippets of the play which we are told is George re-writing her own love story with a happier conclusion. An unexpected consequence of putting on the play is a change in her fortunes. Indeed, it offers opportunity and joy to many involved, taking characters out of London for the first time, and creating a close-knit group that’s not without its internal troubles.

This is a light-hearted read with a lively host of characters who are sometimes difficult to keep track of. Maughan offers enough insight to give a sense of their past and the way it impacts their present. The small towns they visit are found in varying levels of disarray, and variously welcome them with open arms or treat them with suspicion. Rural bureaucracy and gossip is played up and contribute to the humour of the book. This would make a great holiday read and is perfect for anyone looking for some light-hearted entertainment with the occasional moment of sincerity. 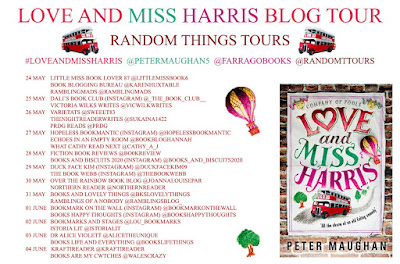 Posted by Ramblings of a nobody at 10:12