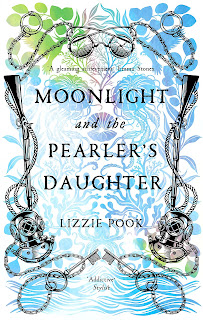 This post is part of the blog tour for the book. Thank you to Mantle and Random Things Tours for providing me with a copy of the book in exchange for an honest review.

The year is 1886 and the Brightwell family arrive in Bannin Bay, Western Australia, from England. Eliza remarks on the harshness of the land and how very different it is to anything she’s ever experienced before. Her father becomes a successful pearler and the family financially secure. Ten years later however, and we meet Eliza again, alone and waiting for her father to return from an expedition. Instead, she receives news of his disappearance. Before long Balarri, a local Aboriginal man, is arrested for his murder and the police are keen to close the case. Eliza is convinced they are wrong, both about her father being dead, and about Balarri being involved in his disappearance. She is determined to find the truth, and hopes desperately to be reunited with her father.

The action moves along swiftly in the novel, hooking you in early on. So much happens in the book - tales of grief, shipwreck, drug addiction, and elicit affairs, and yet somehow they pass over you without any lasting effect. The moment of revelation or peril at times captures your heart yet the story moves on at such a pace that there’s no time to absorb what you’ve just read before the next misadventure is in full swing. Many readers might enjoy this fast pace but for me it left me feeling detached from the action and made it a book that was easy to put down.

The writing, however, is beautifully constructed, with vivid descriptions of the landscape that make you feel as though you’re there. Pook is certainly a fan of similes and at times they feel a little repetitive, but there are also many moments of searing reality in her descriptive choices.

Pook discusses many topics including the role of women, especially one alone in a dangerous place at a time when women were restricted by their gender. Eliza is headstrong and courageous to a fault, but she reluctantly admits that she needs a male companion to allow her access to certain areas. Axel is a willing companion, and although his presence may be necessary it is Eliza who leads the way and makes some reckless, dangerous decisions. Along the way she meets other women making their own way, at times attempting to live the life of a man. Again, this is passed over so quickly that it barely felt worth including. Alongside the struggles of women is the even more dangerous position of the Aboriginal people. We see from an early stage in the book how they are mistreated and considered guilty without any evidence. Later in Eliza’s travels she witnesses even more so the mistreatment of the original inhabitants of the land and it makes her reflect on her own position there, on the land her family’s bungalow sits on.

Another major theme throughout is family and grief. Eliza has suffered many losses in her young life, and the further disintegration that threatens her family throughout is almost too much to bear. There are moments of real trauma in the flashbacks to the loss of her mother, of the grief of her father and how Eliza experienced the events as a child. This helps to explain her determination to find her father, her need to see for herself what has happened to him.

This is an interesting, if sometimes predictable read. It feels at times like it’s working to a formula with very familiar story arcs. The conclusion was a surprise, but the characters involved hadn’t made enough of an impression earlier to leave much of an emotional blow. There are short passages interspersed throughout the main text of Brightwell’s diary and an account of someone on the run that keep you guessing how they’re going to interact with the main plot. If you enjoy a mystery with a strong female lead and a brilliant sense of place then this is the book for you. 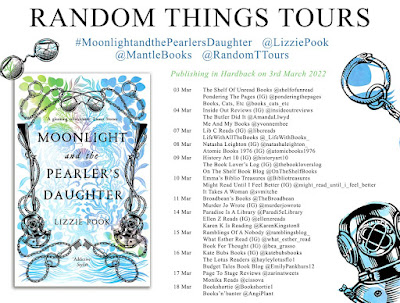 Posted by Ramblings of a nobody at 14:12