Botanical Curses and Poisons: The Shadow-Lives of Plants, Fez Inkwright 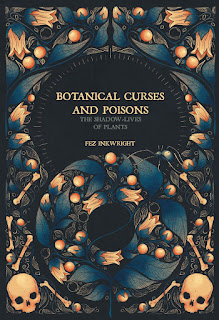 This post is part of the blog tour for the book. Thanks to Random Things Tours and Liminal 11 for providing me with a free copy of the book in exchange for an honest review.

Inkwright’s second book focuses its attention on the dark side of plants, many of which are commonly found in the wild, and even our kitchens. The book opens with a few thematic chapters that focus on the broad history of plants and their uses. Within these pages we learn about Roman emperors who ingested small doses of poison daily to avoid succumbing to attempted poisonings, plants that try to protect against being eaten with their bitter or spicy taste (which humans happily ignore…), and the general trend of poisonings being associated with women. It’s a brilliant introduction that immediately grabs your interest and gives you a taste of the detail that’s to come.

The rest of the book takes a more encyclopaedic approach with plants arranged alphabetically. Unusually for this type of book, the writing is so engaging you can just as easily read it cover to cover or dip in and out as the mood takes you. Inkwright’s depth of knowledge and research is apparent throughout, revealing not just botanical detail but a broad range of social and political history. She acknowledges her sources in both footnotes and bibliography, so for those whose interest is piqued there’s plenty of further reading to be done.

There are tales of everyday foods that contain deadly secrets, the pips of apples and cherries both contain cyanide, for example. Plants have also played a potentially lethal role in the pursuit of beauty over the years. Cuckoo Pint’s roots were popular as an exfoliant in the medieval period despite its potential to blister and burn the skin. Atropine, found in Deadly Nightshade, was known to be used by medieval Venetian ladies to dilate their pupils. Unfortunately, frequent use could cause it to travel along the optic nerve and cause psychological damage. On the flip side, atropine has been used by opticians prior to surgery and can also be used to treat the ill effects of some other poisons. Inkwright teases out many of these contradictions and highlights the thin line between poison and cure.

She writes also of traditions that give plants a consciousness - basil is believed to belong to the Devil in some countries and thought to only thrive when it is cursed at or hated. Inkwright explores the rituals and beliefs that surround plants, often used in burial rites or to ward off evil spirits, and considers how these beliefs came into being and what characteristics have caused some plants to be associated with the underworld.

This is a visually appealing book, beautifully illustrated throughout and with a striking cover that will make you want to pick it up. You do not need to go in with any botanical knowledge, but you will certainly come out with lots of interesting facts. It will make you look at every day plants with fresh eyes and consider the role they may have played in historic events such as the Salem Witch Trials and even Van Gogh’s distinctive style. Pick up a copy to find out what role plants might have played in these and many more fascinating scenarios. 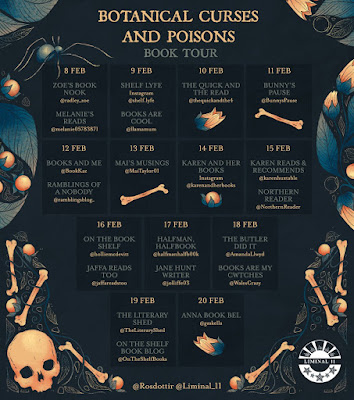