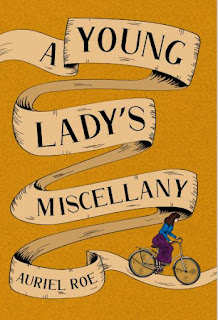 This post is part of the blog tour for the book. Thank you to Dogberry Books and Random Things Tours for providing me with a copy of the book in exchange for an honest review.

This memoir follows Roe from her teenage years through to a burgeoning career and early motherhood. It takes her from Cumbria, South Wales, Devon, and even Amsterdam, as she seeks to find her place in the world. The blurb suggests her misadventures largely arise from following the advice of a Victorian self-help book by the same name. This doesn’t turn out to be the case however - an odd paragraph here and there mentions it but mostly in reflecting on the time from a distance rather than it ever having been used as a guide. Despite not being quite what I expected, it was still an enjoyable, relatable read, written in an engaging style.

Her family naturally feature heavily. Her two grandmothers receive the most detailed descriptions at the start, highlighting how greatly they contrast, and how the period in which they were born (late Victorian and Edwardian respectively) shaped who they were. Her memories will likely evoke nostalgia for childhood interactions with grandparents, but she also highlights regrets at not having taken the opportunity to get to know them better, to learn from them. Her descriptions of their actions and habits make the reader consider how unique the experience each generations has is, and the ways in which this can build barriers if time isn’t given for understanding.

Her grandmother Manda and Manda's husband Wiff seem the most welcoming of the family. Her father is largely neglectful and always puts his own concerns ahead of his offspring. Her mother spent years in an unhappy marriage but shows great strength in trying to build a life for the two of them when she finally leaves. Her mother’s brother, who remains in the family home, terrorising their elderly mother, is selfish and literally pushes them out when they come to stay, encroaching on his territory. The disruptions in family life means she frequently has to change school, at times just as she is beginning to settle in and excel. One school is so badly run and contains such unpleasant students that she rarely attends, a fact that goes unnoticed by both the school and her mother.

Her romantic life also stalls many times, with her early attempts at intimacy leaving her cold and believing its only purpose to be procreation. She unwittingly falls into relationships, and at other times finds herself changing her style completely to match that of someone who has caught her eye. She is brutally honest throughout, both about her own shortcomings and of those around her.

Nothing particularly extraordinary happens in this memoir yet perhaps this is why it’s so easy to read, it all feels relatable and reminiscent of many a young person’s experiences. In guiding us through her own coming of age Roe discusses family dynamics, issues of class, travel, love, and learning to accept yourself. It will have you chuckling to yourself and nodding in recognition. 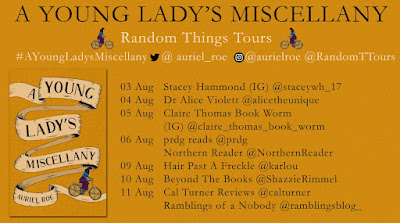 Posted by Ramblings of a nobody at 15:25