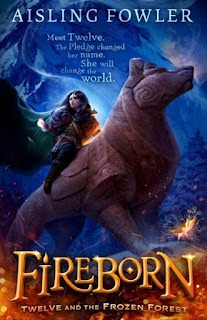 This post is part of the Ultimate Blog Tour for the novel. Thank you to Harper Collins and The Write Reads for providing me with a copy of the book in exchange for an honest review.

Ember is full of monsters, and trainee Hunters enter the Lodge to hone their craft and become formidable fighters. They give up their names and are instead known by numbers until they are given their Hunter name. The heroes of this story are therefore known as Five, Six, Seven, and Twelve. This feels a little clunky and awkward to start with but you do get used to it. When one of their number is taken, these young huntlings set out on a mission that will take them through the Frozen Forest and the monsters it contains who will force them to admit truths about themselves that they thought were safely buried.

Twelve is a promising huntling, but makes enemies easier than friends, and lashes out whenever she feels vulnerable. In time the trauma she has experienced is revealed, and the desire for revenge that drives her. She is haunted by her past and relies on dream milk to keep flashbacks in her sleep at bay. On the road, however, she doesn’t have this safety net and it leaves her open to attack, but also offers the opportunity to see the vulnerabilities of her fellow travellers. We see her grow throughout the course of the novel and learn to see beyond her prejudices.

The other characters play a supporting role but all have their own uncomfortable secrets and desires. These include regret, love, and the desire of a creature made of stone to be able to experience taste. The trajectory of each of their stories is not unpredictable, but there are surprises to be found and struggles that readers can relate to. The book deals with some serious issues including grief, betrayal, and forgiveness, and you feel the characters’ hurt and reluctance to trust.

The world itself is richly described without slowing down the pace. Twelve takes a magical bestiary with them and so when they encounter creatures we are given their bestiary entry so you never feel particularly lost. Many of the monsters are reminiscent of those that appear in other popular fantasy worlds, so will feel familiar but with some striking differences.

Overall, this is an enjoyable read that lets you throw yourself into the world it builds around you. There’s a steady stream of peril and a dramatic climax that will keep you hooked. It also pulls at the heartstrings with its examination of the depths of human emotion and motive.

Fireborn is due to hit shelves 30th September. 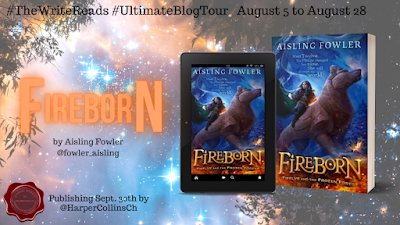