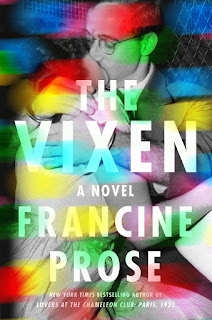 This post is part of the blog tour for the book. Thank you to Harper and Random Things Tours for providing me with a copy of the book in exchange for an honest review.

Simon Putnam has recently graduated from Harvard, seemingly stuck in limbo between his ambitions and ‘a future that looked alarmingly like the past.’ He is back in his parents’ home, watching the countdown to the execution of one of his mother’s childhood neighbours, Ethel Rosenberg. They watch in tense distress as the final formalities play out on the screen, hoping something will save them but knowing they can never express that desire to anyone outside their home.

Simon is soon working at a publishing house thanks to his Uncle Maddie’s connections. He has a hard time settling in, being widely ignored and fearing he might lose his job at any moment. One day, out of the blue, Warren Landry, one of the founders, entrusts him with a book set to be a bestseller. It’s more commercial than their normal catalogue, but they desperately need the money it will bring in. The problem is, it’s a terrible book, and worse still, it features a heavily eroticised representation of Ethel Rosenberg that would leave readers with no doubt as to her guilt. Simon finds himself suffering under the weight of the moral dilemma before him, a desperate desire to please and fit in, and an author who makes clarity even more evasive. Before he knows it, he finds himself entangled in a passionate love affair, in a company that clearly has some dark secrets that he can scarcely imagine, and a book that fills him with such guilt that he feels compelled to move out of his parents’ home.

Simon makes for an interesting, at times infuriating, narrator and protagonist. Many readers on the cusp of adulthood will recognise the agonies of uncertainty and desire to start moving forward into the life they’ve been working toward, but which might not end up looking quite as they’d imagined. He repeatedly points out how naive he was about love and sex, but it goes much deeper than that. He is surrounded by shady characters who drop hints at their insincerity, but in his youthful optimism, mistakes their manipulations as genuine affection. There are revelations that come later that will not entirely surprise the reader, yet it does not feel that you’re meant to be shocked. Indeed, by hinting at the truth throughout we see the extent of Simon’s naivety as he blunders through excruciating encounters.

He is juvenile in his approach to sexual relationships, apparently falling in love with any woman who he speaks to. He fantasises about his feelings for two women simultaneously and finds it hard to separate his nightly imaginings and reality. Despite his innocence he also has a sense of superiority. When talking with Anya, the author of the dreaded book, he is constantly surprised that she knows about art and literature, and he believes his parents feel unqualified to discuss his studies with him. He repeatedly makes judgments about people that he reminds himself he shouldn’t. He is at times a sympathetic character, at others infuriatingly oblivious, and not always kind.

Life at Landry, Landry and Bartlett throws him many curveballs which make him feel as though he’s always one step behind everyone else. Warren Landry drinks heavily and talks more freely than he should, but there’s the feeling that he isn’t ever entirely upfront. His business partner, Preston Bartlett, was institutionalised after they got into a fight at a Christmas party, the subject of which is not widely known but has a decidedly sinister air. When he meets the enigmatic Anya there are many suggestions that she has spent a significant amount of time with Warren, despite his claims they’ve met only once. Simon notices these inconsistencies but attempts to reason away any doubts. His sense of betrayal is heartfelt when the truth is revealed, knowing that the instigators went out of their way to toy with him for their own amusement.

His family life and sense of identity are also touched on throughout. He struggles between love for his parents and his desire to forge his own way. ‘I felt disloyal to my parents, ungrateful for their love and care, but I told myself that they would approve of my need - it was time, after all - to separate my history from theirs. I affected the carefree air of a recent Ivy League graduate, Simon Putnam, a literary aristocrat born for the job he’d rightfully inherited.’ He hides his heritage and closely guards the fact he grew up on Coney Island, desperately trying to fit in with his peers and rejecting his true self in the process. It takes maturity to realise what he already has, and to appreciate it before it slips through his fingers.

This is a self-assured book that makes you feel you’re in safe hands from the get-go. It is peopled with fascinating characters that make you want to dive in and uncover their secrets. The intrigues and concealments are multi-layered and it is a pleasure to witness the gradual peeling back of each layer, keeping track of every hint, eager to discover the whole story. Whether or not you fully trust Simon as a narrator, this is a thrilling read. There are a few little conclusions that feel a tad awkward but all in all this is a book that will keep you up at night. 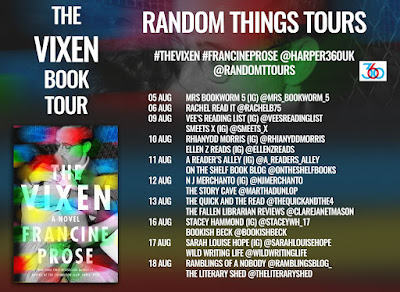 Posted by Ramblings of a nobody at 11:51