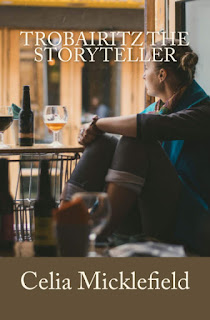 This post is part of the blog tour for the novel. Thanks to Random Things Tours and the author for providing me with a free copy of the book in exchange for an honest review.

Weed is a female truck driver who has put up strong walls around herself, unwilling to let others in or give anything genuine of herself. One day, at a service station, she begins telling stories to fellow truck drivers, who know her only at Trobairitz, a reference to the female troubadours of the twelfth and thirteenth centuries. Through her tales she begins to form a connection with the group who eagerly await the next instalment. When tragedy hits Italy she rushes off to offer support, and is grateful for the network she’s formed. The trip also brings her closer to Jimi, challenging her assumptions about him.

The book has a dual narrative - that of Weed’s life, and the world she creates in her tales. Getting the balance right in a book that has two parallel storylines can be difficult, and Micklefield stays mostly within two long sections of each, with just a few digressions. This allows you to be pulled completely out of one section while you immerse yourself in the other, but leads to disorientation when it switches back again. The final dip into Montalhan Sans Vents, Weed’s fictional location, managed to tie off the novel neatly, helping the two threads not to feel too disparate. The fact that the two stories are unrelated also means that the largely separate sections don’t lose anything in being so distinct. Other tales would have demanded more interweaving.

The world of Montalhan is populated by interesting characters - a mother trying to build a life around her dreams, two former sex workers bonding over their shared secret, and a mayor trying to make sense of an historic family feud that continues to haunt them. You come to care about their stories and the kindness and community that helps individuals through hardship. During the main section of the story you become absorbed in their world, but, possibly because they remain largely neglected in the final third of the book, it is Weed’s story that stays with you.

Weed is portrayed as a bit of a loner, never wanting to stay in one place for long. She explains at one point that difficult events in her childhood made her realise at the age of twelve that life isn’t fair and that she’d have to look after herself. Despite having people who clearly care for her, she continues in her solitary life, avoiding laying roots. Her son, Fabian, in some ways reflects this lifestyle, but is distant and unfeeling toward her for reasons that are never explored. Certainly she feels a lot of guilt and believes she’s made many mistakes in her parenting. Conversations with others reveal that she was far from a terrible mother, but she struggles to believe it.

This was an enjoyable read but one that felt like an introduction. A sequel is expected and I hope it will provide some deeper context and backstory to the characters, allowing readers to understand more fully their psychology and how they became the people they are when we first meet them. 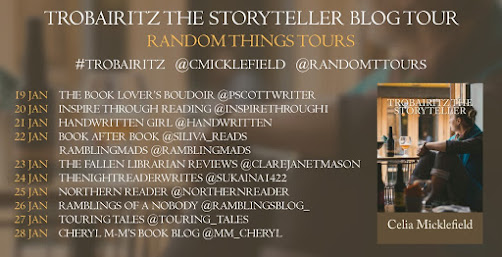